Adapting to a Changing Business 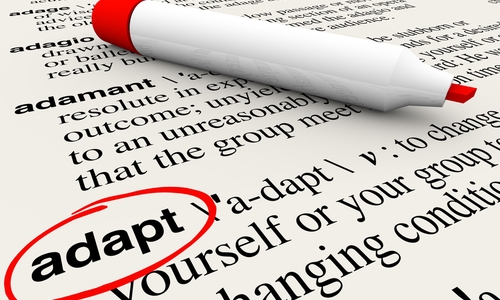 Artists have to do it as much as anyone, here in the 21st century.

… AS THE BUSINESS of comics syndication has changed, tethered as much as it is to the fate and fortunes of newspapers, it has been especially great to see cartoonists enjoy opportunities in other creative realms in 2014.

“Pearls Before Swine’s” Stephan Pastis has turned his kids’ “Timmy Failure” books into a successful franchise. Robb Armstrong is developing “Jump Start” as a sitcom for Fox, and “Grand Avenue” creator Steve Breen sold the film rights to Universal (with “Dodgeball” director Rawson Thurber attached) to adapt his new book, “Unicorn Executions and Other Crazy Stuff My Kids Make Me Draw.” …

Here’s to ever-increasing creative opportunities (and revenue streams) for comic strippers in 2015. …

Read the Post article, and it’s quickly evident that the newspaper comics page ain’t what it used to be … nor supplying the cash flow that successful comic strips used to pull in.

With changing technologies and narrowing profit margins, comic strip artists have the same issues artists in animation have had over the past decade and a half: New technologies are upending older professions, so how to ink and pencil artists adapt to the new realities? Do they dig in and try to hang on, or move into another line of work?

For animators, that has meant pivoting away from the light board and plunging into storyboard work, or retraining as a rigger or CG animator. In the case of comic strip artists, it’s meant transferring story skills to script writing, or adapting work now appearing in the dying medium of newsprint to TV series and feature films. Sometimes that’s meant live-action, other times animation. For some artists, it’s been both.

Adapt … or live in genteel poverty. Many artists are opting for the first choice, because the second one is a wee bit grim.