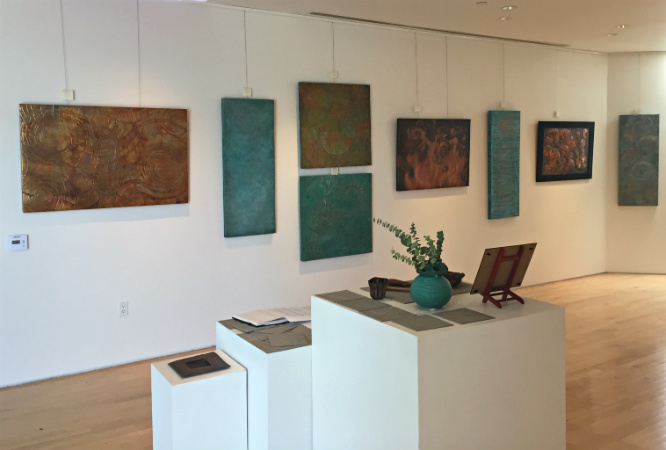 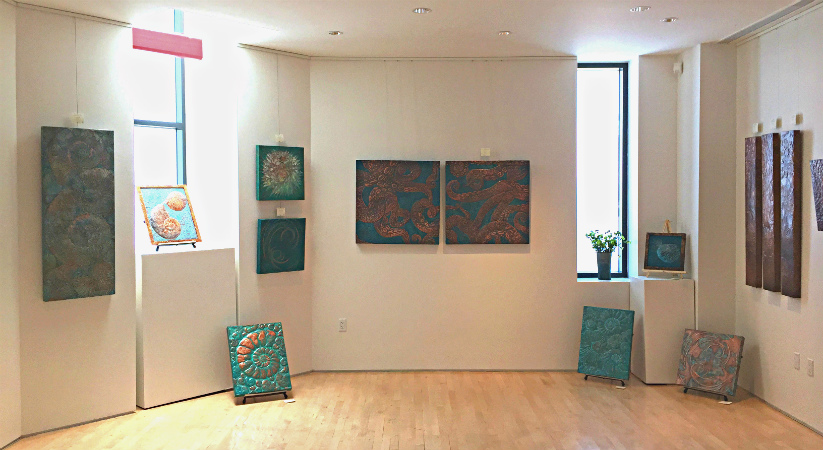 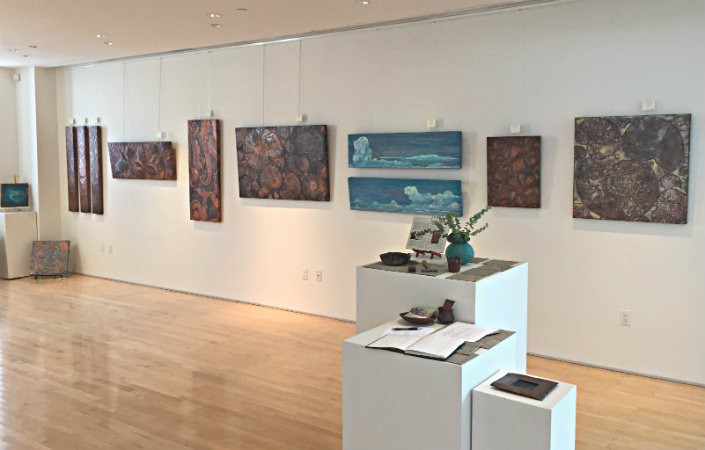 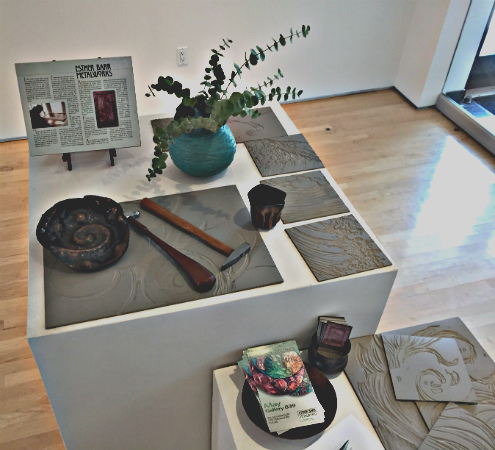 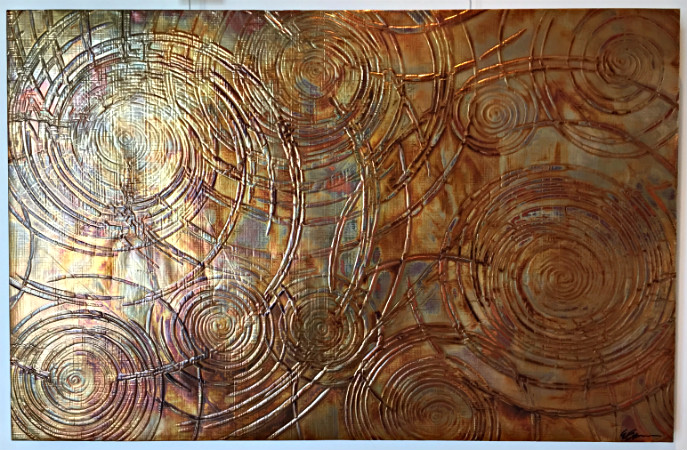 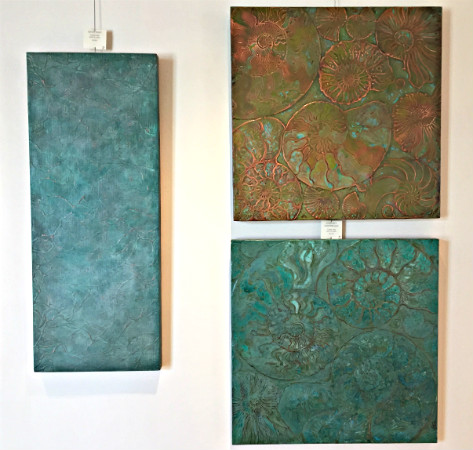 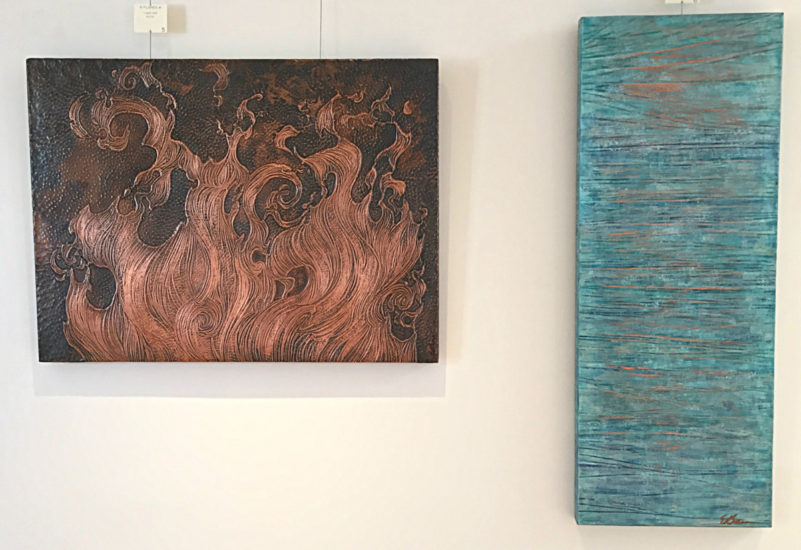 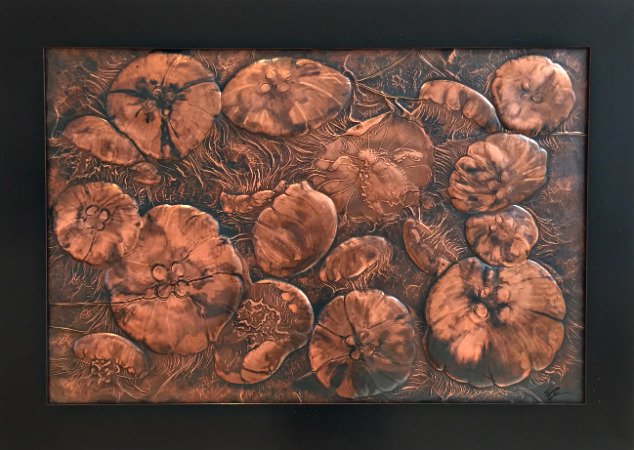 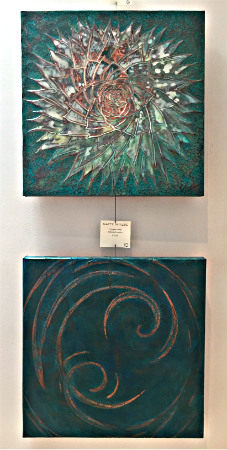 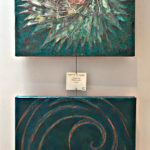 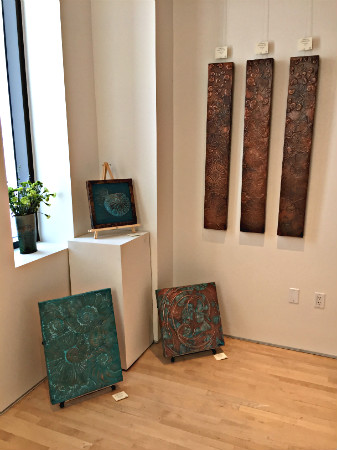 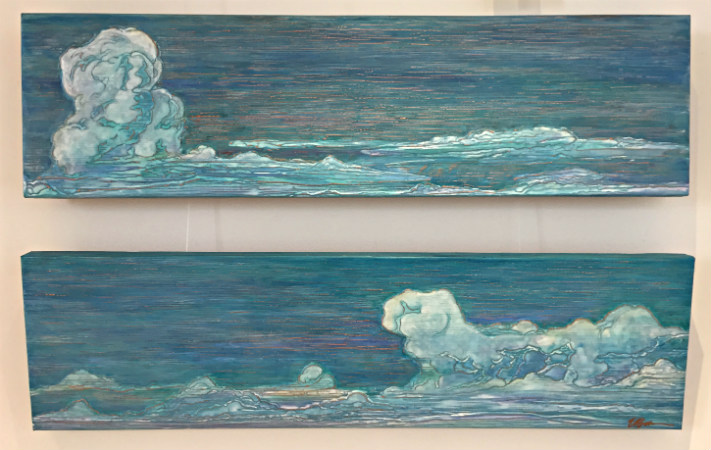 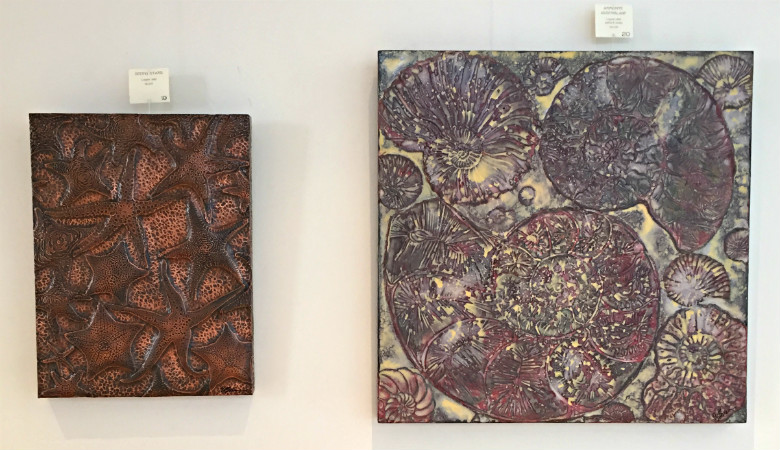 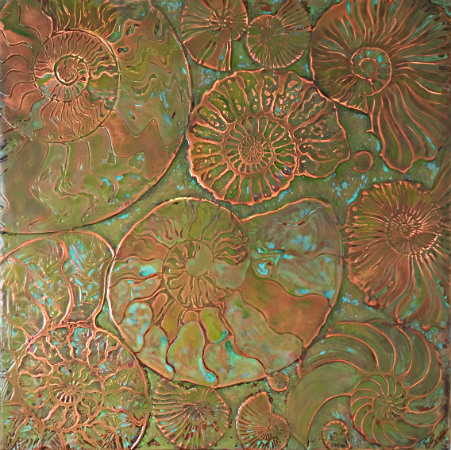 “I started working in metal 16 years ago after a 20+ year career as a special effects animator for film and television. I left the film business so that I could concentrate on my metal works but my work is still profoundly influenced by my time spent as an animator.”

“I create carved designs and textures in linoleum and pull them multiple times through an etching press with a sheet of copper rather than paper. Between each pressing I often move the carvings (as if it was animation) to different positions on the press bed leaving various impressions (like multiple exposures) upon the metal. I might also crumple the metal and roll it through the press repeatedly to put folds in it, burnish in a texture, or hand tool and hammer the metal to raise additional relief. The copper is then finished with patina, torch fused enamel or color oxides.”

“Some pieces are fully envisioned before pressing the relief, yet other pieces evolve only as a result of the many multiple passes on the press. While I have the desire to master traditional techniques, I choose to use them only as the foundation to my work. I am influenced more by experimentation and chance than traditional techniques and planned execution. Some of my best pieces exist only because I actually embraced a problem or mistake and then figured out how to do it again intentionally.”

“Copper may seem to be solid and static, lending itself to designs of permanence and stability, but I use it to express the dynamic nature and motion found in my subjects. Instead of using time to evolve a design as I would in animation, I now distill the essence of movement into a single frame.” 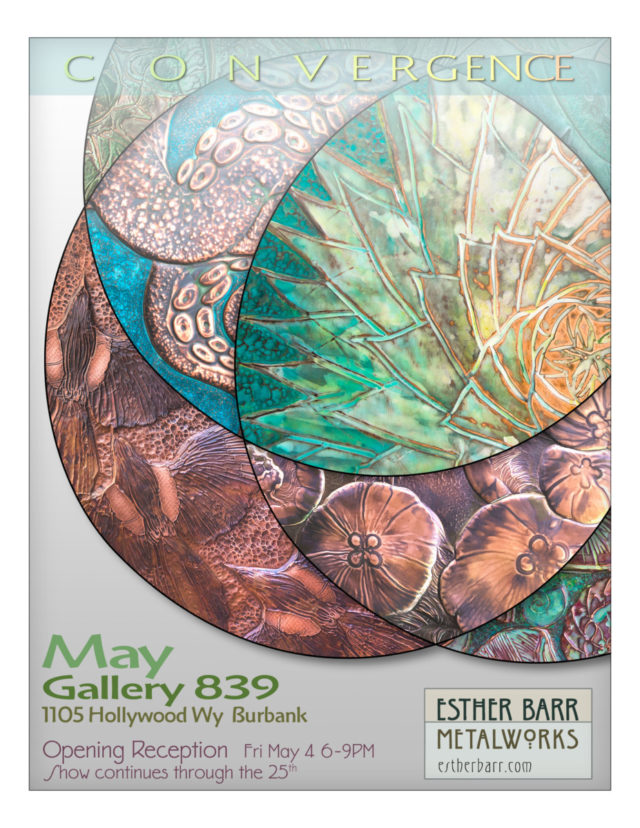