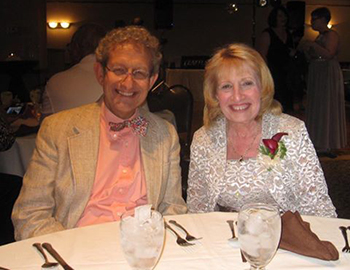 One of the really hard workers in animation, and really good guys, passed away early this morning.

Gordon Kent succumbed in the fight for his life at 2:00 A.M., after a long, heroic struggle. He was surrounded by his loving wife and soulmate, Donna, his sister Vickie, and her husband Jim.

Gordon jumped into animation soon after college, and took to it immediately. But it’s better if he himself describes those early years:

I was pretty lucky to get into animation almost right out of college. However, while I was in college I spent one summer working in an auto body repair shop as a “lot boy” – the worst part of the job being cleaning the toilet – those guys were not as careful in the bathroom as they were when repairing or painting cars. I also did scrimshaw for about a year – pendants, earrings, belt buckles… lions, tigers and bears mostly (oh, my!)

I’ve been doing this [animation] since 1977… I worked on a show called CBS Storybreak for two seasons. I was associate producer – but my job entailed hiring character and background designers, storyboard artists and story editing (and some writing). I also was the voice director for most of them and worked with the composers and sound effects people as well as working with the engineers on the final mix. I got to learn and do a lot. That was for Buzz Potamkin at Southern Star.

I also worked for Buzz years later at both Disney TV and Hanna-Barbera. At HB I got to be Supervising Producer on a couple of movies for TV – Titles change in animation all the time – today that would be supervising director. The Flintstones’ Christmas Carol was my favorite project there. I’ve been an animation timing director since then and have been lucky enough to work on Kim Possible, Teamo Supremo, Billy and Mandy and Bob’s Burgers among dozens of other shows.

Beyond Gordon’s staggeringly long list of credits, he was a devoted man of labor, serving on the Animation Guild’s executive board for multiple terms. His voice was always loud and passionate in meetings, and he always fought for the underdog. Case in point:

You will be missed, Gordon. For you touched the lives of many.

A memorial service celebrating Mr. Kent’s life will be held in the future. In lieu of flowers, please send a donation to City of Hope in his name.

Add On: Mark Evanier has written a terrific remembrance of Gordon.