In Memory of Michael Four 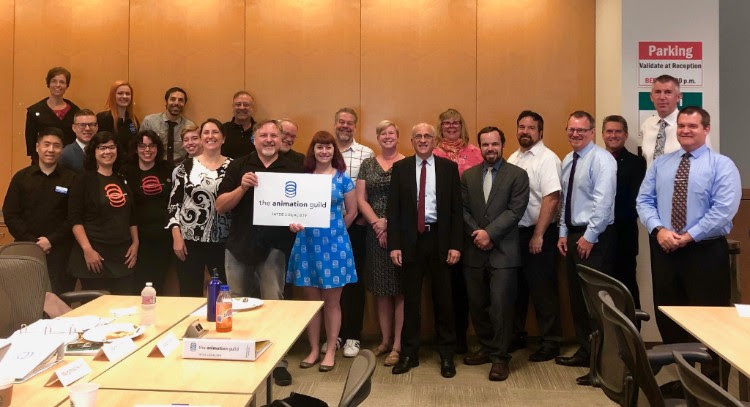 It is with great regret and sadness that we report the death of Michael Four, lead counsel for the Animation Guild (pictured above with the TAG Negotiations committee, eighth from the right).

Michael spent 37 years fighting tirelessly for the rights of working people across the nation. He spent his entire career with our firm, starting as a law clerk while still at Loyola Law School.

Michael worked throughout his career to advance the rights and interests of working people in nearly every arena, from representing unions and their members in collective bargaining and before the NLRB and in state and federal courts to arbitrating grievances and advising unions on internal governance and personnel matters.

He contributed to numerous victories throughout the years, including helping win a landmark judgment against Ralphs Grocery that resulted in millions of dollars paid to employees unfairly treated during the 2003-04 lockout and strike.

To all of his endeavors, Michael brought a sharp yet sweet wit, a passion for the good fight, and a love of people. Everyone who came in contact with Michael (even his opponents) knew him as a kind and thoughtful man, charming and funny, compassionate and committed.

His insight, optimistic and positive attitude, and commitment to the fight will be missed. While we mourn Michael today, we are sure he would echo the famous quote from Mother Jones: “Pray for the dead, but fight like hell for the living!”

His loss is incalculable. We will miss him immensely.

He is survived by his wife Karen and two sons, Arthur and Zane, whom we hold close in our thoughts at this time. Condolences can be sent ℅ Margo Feinberg at

and mailed to Karen Four at

Those going by email will be compiled into a memory book for the family.

Contributions in Michael’s memory may be made to the Equal Justice Society at https://equaljusticesociety.org.