Make a Difference as a D2 Delegate 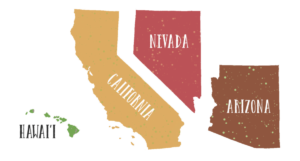 Your Chance to Make a Change

Every year The Animation Guild sends Delegates to the IATSE District 2 Convention wherever it’s being hosted. In 2020, the 76th Convention was scheduled to take place in June, but the pandemic and stay-at-home orders delayed the convention until October and then forced it online, where Delegates carried out the usual business of education, leadership, and moving our union forward. Then last summer, the District 2 and Quadrennial Conventions were held virtually again; the Guild had 35 Delegates attend the event online from home. Guest speakers at the Quadrennial Convention included US Senator Chuck Schumer, Canadian Prime Minister Justin Trudeau, Professor Anita Hill, and US Representative Adam Schiﬀ, and most of the discussion and work focused on the convention’s theme: “Together We Rise.”

IATSE District 2 represents 45,000 members across 49 local unions in Arizona, California, Nevada, and Hawai‘i, and those Locals usually convene in various cities in those four states to craft policy and make decisions to protect IA workers and improve working conditions in our industries. Delegates represent their Locals as they work on issues that are important to fellow members in the entertainment industry. Representatives of the Animation Guild who serve as Delegates have an opportunity to learn more about how Local 839 and the IATSE work, meet union members from other Locals and the IA’s offices, serve on committees that are doing the real work of running our labor unions, take part in discussions, and vote on amendments and recommendations that will affect this Local and others in District 2. Our President, Jeanette Moreno King, and Business Representative, Steve Kaplan, are automatic Delegates, and any other active member in good standing (no fees owed, dues fully paid up) is eligible to be elected. For the last fewyears, The Animation Guild has sent the largest Delegation to the Conventions—more than any other IATSE Local!

If you’re interested in representing the Guild at the IATSE’s District 2 Convention this year, here are some things to know. As of this printing, the event is scheduled to be held in-person. The 2022 District 2 Convention will be held June 24-26 at the San Francisco Westin Hotel. Delegates will be signing in to meeting and committee sessions and working with members of other IA Locals. You’ll be assigned to at least one committee and expected to take part in discussion and voting. If you are ready to join others who want to make a difference and play an active part in planning, problem-solving, and decision-making, then this is the event for you! Further information will be provided asit becomes available.

Elections for Delegates to the District 2 Convention will be held at the General Membership Meeting on March 29, 2022, which will take place via Zoom video conference. You can nominate yourself or someone else, or get a fellow member to nominate you. And if you can’t make it to the meeting that night, send an e-mail ahead of time Local 839’s Recording Secretary at paula.spence@tag839.org to let her know you’re interested—then make arrangements to have someone who will be at the meet- ing nominate you. We’ll talk about more details at the meeting, so join us then andconsider volunteering to make something important happen!

The March General Membership Meeting will be held via Zoom Webinar on March 29th. In Zoom Webinar, the general membership present cannot view who is in attendance, but hosts and panelists can. During the meeting, as our Constitution provides, we will call for District delegate nominations by asking any participant present to “raise their hand”. We will hear all members whose hands are raised, and collect nominations to be a delegate. If you’re at the meeting, you can nominate yourself!

Should we receive fewer delegate nominations than votes afforded us (44 per District Secretary-Treasurer Anthony Pawluc), our Recording Secretary will cast a unanimous vote for all candidates and shall dispense with the requirement of a secret ballot vote for the office of Delegate per Article Six, Section Six of our Constitution. Should we receive more candidate nominations than votes afforded us, we will engage the American Arbitration Association to hold a secret ballot election of the membership as soon as practicable. The certified results of that election will set our official delegation.

If you are interested in being a delegate, please plan to attend the March General Membership Meeting on Tuesday, March 29th. We will be sending out more information soon on how to register to attend that meeting. If you cannot attend the meeting and want to be a delegate, you can email Recording Secretary Paula Spence (paula.spence@tag839.org) with your intention to accept a nomination made for you, and ask a friend who is attending the meeting to nominate you. If you are having trouble finding someone to nominate you, email our Business Represenative, Steve Kaplan, to let him know (steve.kaplan@tag839.org).