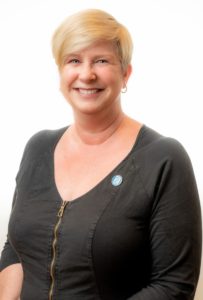 I am very fortunate to have grown up with plenty of freedom and encouragement in a family that includes some artists among a wide range of hard workers, and I got my first job as an artist right after graduating high school.  I worked at an educational publishing company as an illustrator and graphic designer for several years as I took every art class offered at Orange Coast College and then Cal State Long Beach, and by the time I graduated I was working at a scenic shop at Disneyland.  That was a stepping stone to a position creating concept art for live entertainment (parades and shows) and holiday overlays at the park, until one day a friend from college offered me the chance to test for a new show called SpongeBob SquarePants.  I did background design for the first three seasons, branched out to other crafts and other shows, then became an art director.  I’ve been at Cartoon Network for the last 15 years (Camp Lazlo, Flapjack, Regular Show, Close Enough, Shorts Department), with a couple of quick stints back at Nickelodeon (Rocko’s Modern Life: Static Cling) and a lot of freelance here and there over the years.

How did you get involved in the Guild and how have you contributed to it?

Because I like to know what’s going on and give my opinion, I went to membership meetings and participated in surveys after joining the Animation Guild, but it wasn’t until 2012 that I got personally and actively involved when KC Johnson made a plea for members to join the Negotiations Committee at a bargaining session with the AMPTP.  That’s when it hit me that negotiating comes down to people talking to other people about what they need, and that I could have a personal impact on what gets into our contract.

Unions are run by the people who step up to make decisions and make things happen, so I figured if I wanted things to get done I had better get busy myself.  Since then I have taken part in two more negotiation cycles for the Master Agreement and one for the Nickelodeon contract when I worked there.  I joined the Board in early 2015 and have taken every course offered by the IATSE through their Officer Institute training program, including training for Secretary-Treasurers before becoming Recording Secretary in 2016.  I have been Editor of The Pegboard since early 2017, am a member of several committees (including chairing the Communications Committee), and have been a Delegate to the last two District 2 Conventions.  I go to a lot of meetings because I still like to know what’s going on and I really enjoy attending inter-Local events so I can continue relationships that have been forged at IATSE training.  Oh, and one of the best projects I’ve been involved with was making the Golden Awards happen again last November—it was truly amazing and humbling to be in a room full of animation legends who have given 50 years of service to the industry we all love.

As a labor union, our number one priority will always be to get a deal for the best wages and working conditions that we can possibly get for our members.  To do that, we need to continue improving communications— from Guild to members and members to Guild—so that we know what members need and want.  We need to continue growing the ranks of engaged and informed individuals who understand how important they can be to making change happen.  And we need to organize the unorganized—having every animation worker in the Los Angeles area stand with us as a member of the Animation Guild would give us incredible strength and leverage to make even better deals in the future, all across the country.

I’m excited to present our long-in-the-works new eMembership platform, which includes a member portal that will make it easier for folks to get information, pay their dues and stay in touch with the Guild.  Once that’s up and running, I’d like to develop a smartphone app that will work with the member system and put the Animation Guild at your fingertips.  I also want to keep encouraging members to step up as Delegates and bring issues that are important to our community to the IATSE so that our Local can play a bigger part in guiding future priorities of our parent union.  And I can’t wait to start meeting to talk about the next round of negotiations, training our bargaining team so that we’re even better prepared than we have been before, and writing those proposals that will be the first steps to improving wages and working conditions for all of us.

How can members support the work that you and the rest of the e-board are doing?

Get informed, get in touch, get involved.