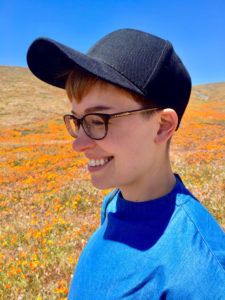 Kali Ciesemier never imagined that she would one day work in animation when she started her career as an illustrator. “My college didn’t have a big animation program and I didn’t know much about the industry until I fell into it,” she says. Here, the Color Supervisor on Netflix’s Battle Kitty shares her career journey and artistic inspiration.

Tell us a little bit about your career journey.

I majored in Illustration at the Maryland Institute College of Art (MICA) and worked as a freelance illustrator for eight years in Baltimore and New York, mostly for books, magazines and newspapers. While working, I also taught illustration classes at MICA and SVA. I loved my work but as I got older the constant promotional grind, inconsistent pay and out-of-pocket healthcare 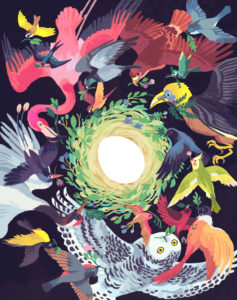 started to wear on me. I didn’t consider working full-time in animation until I got a test for color styling for OK K.O.!: Let’s Be Heroes, and got offered the job! Having all the benefits of being in a union while still working as an artist was a huge draw for me. Over the course of three weeks in 2016, I got married in Pennsylvania, moved across the country to LA, and started working at Cartoon Network. That was three years ago and now I can’t imagine going back to illustration full-time. I’m grateful to Ian Jones-Quartey and Toby Jones for bringing me into animation! After working as a color stylist I took on the Art Director role on OK K.O.!, and now I’m working as a Color Supervisor on Battle Kitty at Netflix! 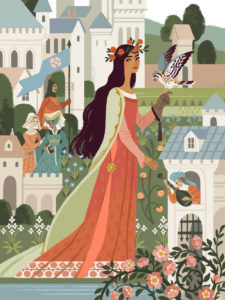 What’s your favorite part of your job?

My friends and coworkers! I’ve lucked into working with many of the same wonderful people on both OK K.O.! and Battle Kitty, and it’s been lovely to meet new artists and people I admire in the industry. I’m really grateful to have that community around me.

Where do you find artistic inspiration?

I love composition and design in many forms. Lately, I’ve been feeling inspired by still-life paintings and architecture. Since it’s summer now, seeing all the blooming plants around has been giving me a jolt of energy. 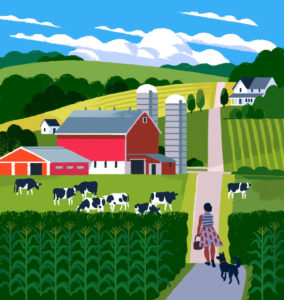 If you could be an animated character who would you be and why?

Kiki from Kiki’s Delivery Service. Being able to fly would be cool but I really just want to live above a bakery!

What do you do in your spare time?

I guess I cycle between things. For awhile it was home gardening, then it was playing Overwatch, then ceramics classes with a friend. For the past two years, I’ve also been volunteering as a “citizen scientist” with the Griffith Park Raptor Survey. Friends of Griffith Park and local biologists run a survey during the nesting season for all the hawks and owls around LA (aka “raptors”) to track the reproductive success of these apex predators and learn more about their nesting habits in Burbank and LA. They need local volunteers each year to check on nests every month and report what they see, like whether the birds are incubating, if there’s any chicks or fledglings, or if the nest has been abandoned, etc. Last year, my friend and I were assigned a Red Tailed Hawk nest in a gated neighborhood that successfully fledged two chicks, and this year we’ve been watching a Cooper’s Hawk nest along a Griffith Park trail – so far so good!