There are a bajillion different goat paths into the scented uplands of the animation business, but veteran background artist Bob Schaefer’s entryway was probably unique.

Bob was a young man with a sign company in Bakersfield, California, gifted with a steady hand and a keen eye. Also a knack for pinstriping, sign painting, and applying gold leaf to windows.

He was making an okay living at his trade, but thought he should stretch for something more. And lo, a friend who worked at a cartoon studio in distant Hollywood called to say that the studio was in need of a title painter, and fast. So Bob loaded into his sign truck and drove to Southern California.

Over a long and hectic weekend Bob turned out a lot of title art for Hanna-Barbera. On Sunday, Bill Hanna came in and looked at what he was doing, liked what he saw, and offered Mr. Schaefer a longer term job on the spot.

For the next four-plus decades, Mr. Schaefer was seldom out of work, moving from titles to background work within a few years. Bob credits his success to hard work and a natural gift for painting all manner of surfaces, first evidenced while he was a teenager in Bakersfield.

Bob Schaefer began his career in backgrounds with work on “The Flintstones” in the 1960s. “Doing the insides of the caves was simple. A little sponge work for texture, a few wall cracks, and you were there“.

Bob was more interested in complex and realistic work, and found that in abundance when he worked on many of the animated sequels that Disney Toons was producing in the 1990s:

“On ‘Lady and the Tramp: Scamp’s Adventure’ and ‘Cinderella III’ we had to duplicate the work of the older films. On L and T, I had to paint a master setup of the parlor, which they didn’t do in the original. It was a challenge, but I like challenges.“ 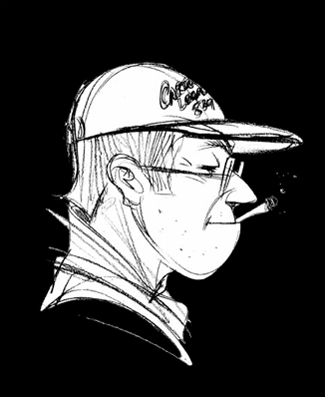