Trained at Cal Arts, director-animator-writer Bruce Smith got his start animating for Bill Melendez Productions on a Garfield television special.

“I was lucky,” Bruce says. “I never spent time doing the in-betweener thing. I went straight to being an animator.”

Mr. Smith came into the cartoon business between semesters at Cal Arts, doing what he thought would be a “summer job.” He’s still working steadily more than a quarter-century later. 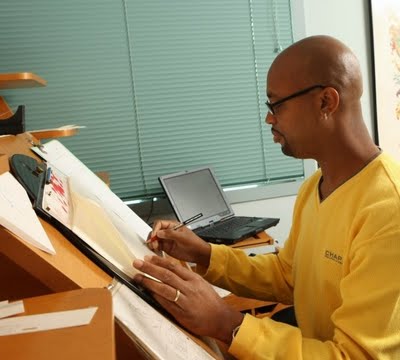