Mr. Ed Gombert has been one of the power-houses in feature animation story development for a long time.

With a career start at Disney in the middle 1970s, Ed has worked as an animator, animation supervisor and board artist extraordinaire. He served as Aladdin’s story director in the early nineties, and fills the same capacity today on DreamWorks Animation’s The Croods.

We chatted in his office at DWA’s Lakeside Building. 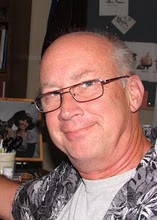