Jennifer Yuh Nelson arrived at DreamWorks Animation after working in television for a half-dozen years as board artist, designer, and director. Her first boarding assignment at DWA was the hand-drawn feature Spirit.

(Jennifer says that her love of drawing horses has declined a wee bit after two-plus years of labor on that particular picture. Ah well …)

After that came work on Sinbad, then Madagascar. When those finished, she heard about an embryonic project entitled Kung Fu Panda.

Jennifer Yuh Nelson spent a long time working on the first Kung Fu Panda. She describes the first picture’s development as the more difficult of the two KFP features because they were developing the characters from the ground up, getting to know each one.

With Kung Fu Panda 2, most of the major players were in place. But there was still a new villain, about which Jennifer relates this:

Lord Shen was one of the first things we thought about when we began work [on KFP2 three years ago. A small group of us gets together. We get a lot of snacks, and we get in a room and start spitballing ideas. In the first movie, we had Tai Lung—a guy who could walk into a room and punch someone in the face. We thought, Why don’t we go in the opposite direction—somebody who is devious, sharp, and dangerous in a different way? We made him into a peacock, a character with speed and flash. 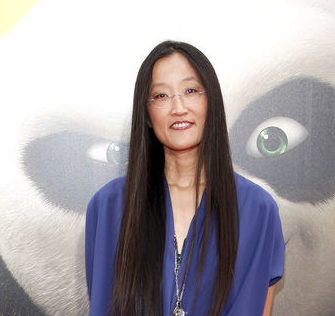