Animation veteran Larry Leker has pretty much covered all the bases on the cartoon ballfield in a career spanning thirty-plus years. Getting his start with Ralph Bakshi in the 1970s, Larry has done the assistant animator/ animator thing as well as supervised layout. He has also directed and storyboarded while working on a wide variety of features, everything from Secret of NIMH to Beauty and the Beast to DWA’s Spirit.

Larry spent a long apprenticeship with Don Bluth before moving to Disney Feature Animation where he worked on Beauty and the Beast, Aladdin, and The Lion King in rapid succession. Larry served as Art Director on The Goofy Movie, a feature created out of Disney’s Paris studio, then worked as director on All Dogs Go To Heaven 2 before moving over to DreamWorks Animation for Spirit: Stallion of the Cimarron. 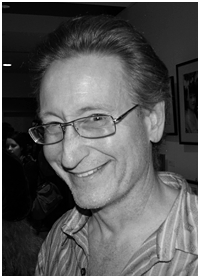