Nik Ranieri has had a long, fruitful career as a top-flight animator on hit cartoon features that reach back twenty-five years.

Nik developed an interest in drawing at a tender age. His older brother liked to draw, and Nik liked to emulate his older brother. Although his sibling moved on to other pursuits, Nike stayed with the drawing thing, which led him to Sheridan College’s animation program, and then to Canadian production houses. From there, it was on to employment with animator Richard Williams on a film entitled Who Framed Roger Rabbit? When Mr. Ranieri made his way to Burbank after finishing work on Who Framed Roger Rabbit?, he had to prove himself as an animator all over again. Which in a short time, he did.

As the 21st century dawned, and Disney hand-drawn animation gave way to its CG cousin, Nik found himself in a quandary. Should he stick with pencil and paper? Or move on to the land of computers and pixels? 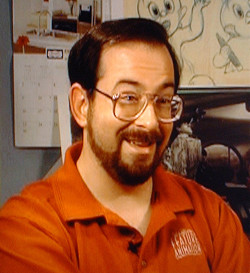