Rudy Cataldi was born and reared in Newark, New Jersey, and came out to California’s milder climate during World War II. As Rudy tells it:

I started in the business on November 1, 1943 as a 16-year-old in the Disney Studios traffic department. For three months my 9:00 a.m pickup was at the front gate entrance on Buena Vista. I was lucky to meet Walt Disney each morning at that time and walk into the animation building with him as a starry-eyed kid. At about the second week, I asked him for an autographed photo of himself. He told me he would have it for me at 10:30 a.m. I went up to his office … There was Walt, with his photo in hand … He showed me around his office, which looked more like an apartment …

Three months into my career, I was given a chance to try out for inbetweens. I tried, had pomise, and started picking up from Johnny Bond, another gem of a person. In no time I started assisting … I still remember the first scene I worked on. It was Donalde Duck hanging by the collar on the side of a cliff in a short called “Commando Duck.”

In 1962 I went to work for Hanna Barbera. I worked there for 23 years. It was there I met my beautiful future wife, Consuelo. We married in 1972 and have three kids: Johnny, Tomm and Tina. …

Bill Hanna twice sent me to Korea. I directed Yogi Bear’s First Christmas. The first time I was there I got caught in a student demonstration and had to run through the students going around my hotel. Tear gas was tossed … and I got caught in the middle of it. … The next day I called Bill Hanna and told him what had happened and asked him for combat pay, to which he replied “Okay. We’ll talk about it when you come back … IF you come back!”

Mr. Cataldi hung up his professional hat in June 2000 What does he do now? “I stay home and watch TV … and I continue to breathe in and breathe out …“ 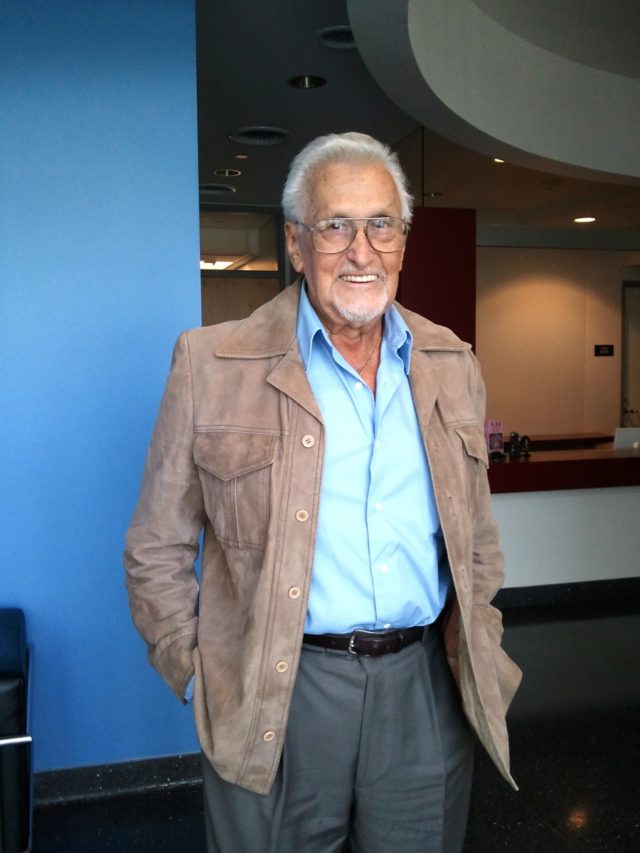