Sharon Forward never contemplated a career in animation, but after graduating from Long Beach State University with a degree in fine arts, she found herself applying for work at a cartoon studio in the heart of the San Fernando Valley. It’s name was Filmation, and decades of story work at nearly every animation studio in Los Angeles followed.

Although Sharon’s career has focused on television, she has also worked on various features, Jungle Book 2 being but one example.

She says she enjoys all the challenges that storyboarding presents. Although she was one of the few women working in production and storyboards back at the start of her career, she relates that she’s never considered her gender to be a hindrance.

In the beginning, I had to learn to swear to fit in as one of the guys, but I’m not the shy and retiring type, so I’ve mostly gotten along fine. 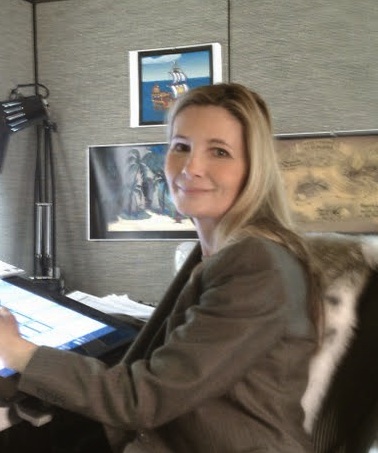