In the course of a career spanning four decades, Tim Walker has worked on more animated features and television shows than anybody in the history of the medium. (And if he hasn’t, then he’s running a close second.)

Tim started in the cartoon business in the late sixties as in-betweener and assistant, slowly working his way to full-fledged animator.

I was born in Hollywood, California; the cradle of animated film. To this day I have a vivid memory of being five years old and watching cartoons at my Grandmother’s house.
That was it, I was hooked on animation.

Tim was diagnosed with MS, which affected his right side, and drawing/writing hand. Tim then trained himself to draw and write with his left hand. He chronicled the training in his book Drawings From the Left. 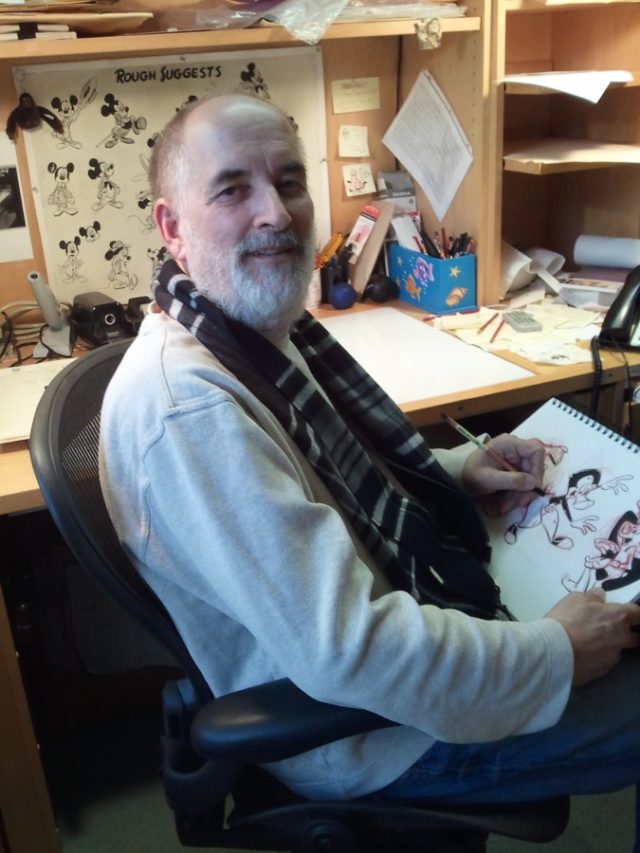