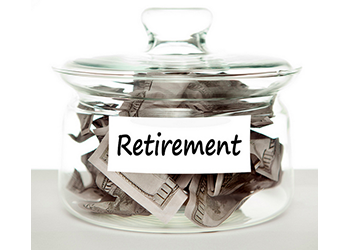 Since I’m diving into new 401(k) enrollment meetings, here are seven human frailties that impede our ability to make good decisions generally … and especially about money.

5. We overrate our ability to impact the future.

6. We are beset by cognitive flaws.

7. Our personal insight is extremely limited.

A few years back, I ran across an artist who disdained investing the slow and steady way. No 401(k) contributions for him, no sir! He was going to make a pile quickly, and commenced buying rental houses in Arizona.

Everything was going swimmingly. He leveraged one house, then another house. And yet another. But then the real estate market went south, and that, as General Lee said at Appomattox, was the end of that.

But then, that’s the point of the linked article up above. People get very confident of their own skills when things go well. They get a false idea of their own competence. As noted here before, investors who do the least often do the best:

“Fidelity has done a study as to which accounts had done the best at Fidelity. And what they found was…”

“No, that’s close though! They’re the accounts of people who forgot they had an account at Fidelity.” …

The key to investing is, don’t overthink it. If you have a broadly diversified asset allocation plan, and lower costs, you will (by and by) get rich. You just have to put money into stocks and bonds, and stick with it. (The toughest part is sticking with it.)