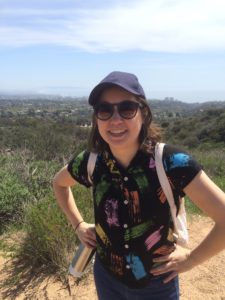 If you received an email announcing the Animation Guild’s inaugural Zinefest, you’ve see Kris Mukai’s work. An active member at the Guild, Mukai currently works as a writer on We Bare Bears, and will be showcasing some of her comics at the Zinefest on June 28th. But you can see here work before then at  hikrismukai.com.

How did you get into animation?

I studied illustration and was making comics on the side, when a lot of my cartoonist friends started getting jobs in animation and moving to LA. They told me, “Oh yeah, you have to join a union” and my ears shot up. I’d been freelancing for a while at that point and I was really tired of chasing down clients for late payments. [Showrunner] Adam Muto gave me a shot and asked me to board a few episodes of Adventure Time, then I got an offer to be a revisionist on We Bare Bears and I made the big move out here. Thank you Adam and Daniel!!

What do you hope to accomplish as an artist?

If I can make something that another person can see themselves in, then I’ll be happy.

What do you enjoy doing in your spare time?

My friends and I have started getting into birding, so we’ve been going to a lot of parks lately. Most recently, we attended the Great LA River Cleanup where you grab as much trash out of the river as you can. It’s great—it feels like playing a video game. The TAG Young Workers Committee organized a group along with the Editor’s Guild YWC, and I hope we get to do it again next year!

If you could be any animated character, who would you be any why?

I’d definitely be Rilakkuma, that dude knows how to live.

What TAG boards are you on and how have you contributed to the union?

I’m on the Testing Committee; our goal is to change the culture of testing in the animation industry. If you have questions about testing, or if you get a test that feels weird, contact us! If you’re in a hiring position and you’re making a test… contact us! We want to hear member’s needs from both sides of the table! 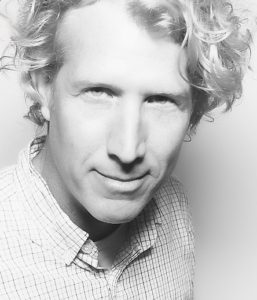 Starting with the original Teen Titans for Cartoon Network, Hoegee has been head writer and story editor on an impressive list of award-winning animated series including Legion of Super Heroes, Storm Hawks, Generator Rex, Slugterra and Thunderbirds are Go.  As a series creator, Rob just saw the launch of Abby Hatcher on Nick Jr. and as writer and executive producer won the 2016 Daytime Emmy for Best Animated Program with Niko and the Sword of Light for Amazon. Here, we had a chance to talk to him about his work and, as a member of both TAG and the WGA, how other members can support their sister union.

How did you get drawn into the world of writing for animation?

My story is one of the oldest in the book: I got lucky and knew someone.  I’ve been a life-long fan of cartoons, but never did I think I would have an opportunity to help make them.  Truth be told, at the time I didn’t even consider writing for animation as a career path—my sights were on live-action, primetime writing—but I’ve been at it now for over 15 years and can’t imagine doing anything else.

What genre of animation writing do you prefer to write in and why?

I’ve always been known for adventure-type shows and I still love that style, but recently I’ve begun exploring younger-skewing series as well. For these I love the challenge of making “simple” stories just as complex and nuanced as those for an older kid audience.

Finishing.  Writing can be tedious, frustrating, exhilarating and enlightening all at the same time, but nothing beats the satisfaction of completing a script.  Plus, I get to start all over again on my next episode.

You are a member of both TAG and the WGA, what are your thoughts about the recent situation between the WGA and the agents?

Over the past 20 years, we’ve seen a major shift in the agency business. Consolidation and outside investors have often put agency profits above the needs of individual clients. One of the ways agencies do this is through package fees. Basically the agency “bundles” their clients (writers, actors, directors) into a series and for that, they get a percentage of the entire show.  They are now essentially becoming producers.  It’s not uncommon for an agency to make more money from a series than the writer that created it.  It’s also been shown that package fees are depressing writer pay overall, and in some extreme cases, making it impossible for writers to sell shows if their agency can’t get the package on it.  The WGA seeks to implement an Agency Code of Conduct to prohibit this practice and hopefully steer agencies back to what they were intended for: representing the best interests of their clients.

How does it or doesn’t it affect you as a writer?

Packaging is not an accepted practice for most animation, so this doesn’t currently affect me directly; but as a series creator myself it’s important to me that writers are fairly represented by the people that are supposed to support and protect them.

What can TAG members do to support the WGA’s efforts?

TAG has a long history of supporting our sister unions including the WGA.  #IStandWithTheWGA has helped to show the industry that we are increasingly united in protecting show writers and creators. 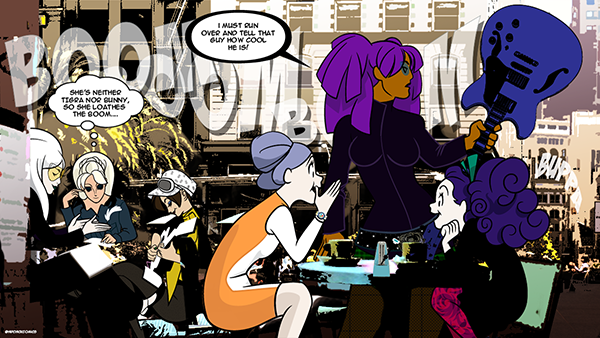