Free Speech and Due Process

The Union Member’s Bill of Rights, Title 1 of the LMRDA, guarantees the following democratic rights to all union members:

Equal rights and privileges to nominate candidates, to vote in elections or referendums, and to attend and participate in union meetings and vote on the business of the meeting, subject to reasonable rules in the union constitution and/or bylaws;

Freedom of speech and assembly, including the right to:

The right to secret ballot vote on rates of dues, initiation fees, and assessments

The right to sue the union, without reprisal, if internal appeals do not produce a satisfactory result within four months, or if you disagree with the union’s decision

Note: The union may not discipline you for exercising protected rights, however you may be disciplined for the following activities:

You have the right to receive a copy of your collective bargaining agreement (union contract) along with all riders and supplements, and to inspect copies of all contracts that your local union administers. (This may include hiring hall rules.)

In most cases, you must exhaust internal union procedures before you can take the union to court. The internal procedures are described in the Union’s constitution and/or bylaws. If you do not agree with the result, or if the process takes more than four months, you may file a lawsuit in federal district court for injunctive relief, restoration of your rights and money damages. You must hire your own attorney to represent you in a lawsuit. Check with AUD for more information and advice.

If you are denied a copy of your contract, you may file a complaint with the Department of Labor, which will investigate and has authority to bring a lawsuit on your behalf.

Title II of the LMRDA. Unions must file with the US Department of Labor copies of their constitutions and bylaws, and financial reports, called “LM-2,” “LM-3” or “LM-4” forms (depending on the case). These documents are available to the public. The LM forms give you information about officers’ salaries and expenses, union loans, expenditures and investments. With a federal judge’s permission members can enforce their rights to examine books and records needed to verify the LM report. Copies of the documents filed with the Department of Labor are public information and may be obtained from the local Department of Labor office or ordered online from the DOL website (see To Order a Union Financial Report).

If your union has not filed the required forms, contact the Department of Labor. They can file suit to force the union to provide the information.

Title III. A trusteeship (also called administratorship) imposed by an international union on a local or other subordinate body is presumed by the courts and the Department of Labor to be valid for the first eighteen months. The presumption of validity may be overcome by showing that the imposition of the trusteeship violated union procedures or that the trusteeship was imposed for improper purposes, such as punishing a dissident local leadership. After the first eighteen months, a trusteeship is presumed by the courts to be invalid.

The trusteeship provisions may be enforced either by filing a complaint with the Department of Labor, which has the authority to sue, or by filing suit through your own attorney in federal district court.

Any member in good standing is eligible to run for office, subject to reasonable and equitable rules. According to the Department of Labor, meeting attendance rules which “disqualify a large portion of members from candidacy…may be [held by the DOL to be] unreasonable.” (Note: AUD urges any person who has been disqualified by a meeting attendance rule to contact us immediately.)

Candidates are entitled to mail campaign literature, as often as they are financially able, to the union’s entire membership list or to reasonable selected portions of the list, such as members in one company or geographical area. Unions may not abridge this right by restricting it to the time period after nominations. Candidates may inspect the membership list once during a campaign.

All members must be allowed to vote, nominate candidates, run for office and campaign without interference or retaliation. Candidates are entitled to have observers present at each stage of the election process, including literature mailing, balloting, and counting.

Union officials cannot use union resources for their campaign. Unions and all employers, not only interested employers, are prohibited from contributing money and resources to any candidate.

Candidates for union office may file suit before the election if their rights to a membership mailing are violated or if the union is discriminating in the use of the membership lists. Pre-election relief in other circumstances is extremely limited.

After the election; protests must first be filed with the union, in a timely manner (check the union constitution for time limits). Your protest must contain all complaints you have about the election. If you have not obtained relief from the union within three months, you must file your complaint within the next month. If you get an answer within the three months, you must file with the DOL within one month of the final decision by the union.

The Department of Labor investigates your charges and decides whether to file a lawsuit on your behalf. The DOL has wide discretion whether or not to sue on your behalf. If the DOL does decide to overturn the election, a candidate has a limited right to intervene in the lawsuit with private counsel. The remedy is usually a federally supervised election.

Under Title V, union representatives are obligated to manage union business for the sole benefit of the members. Individuals who violate their fiduciary duty may be sued in federal court.

Members who wish to sue union officials for violation of the fiduciary duty provisions must first request that the union itself take action. If the union does not take action within a reasonable period of time, the members may request permission of the court to sue.

Union Constitutions and by-laws may grant rights, such as ratification of contracts or election of shop stewards, which are not required by law. Those documents are contracts between the union and the members, enforceable in state or federal court.

A Word on Enforcement and Organizing

You can enforce and enjoy many of these rights on your own. However, you may need to consult a lawyer to help you enforce some rights. Some provisions can only be enforced by filing a lawsuit in federal court; other provisions are enforced by the US Department of Labor.

Filing a formal complaint, however, is not always the most effective way to get what you want. You must carefully weigh your situation and decide whether you are willing to make the commitment of time energy and money to pursue a formal complaint or lawsuit. It also carries risks. Although it is illegal for your union or the boss to retaliate against you for exercising your legal rights, retaliation is a possibility.

The best way to protect and enforce your rights is to organize with other members to put pressure on the boss or the union — through petitions, group grievances, campaigns at union meetings, newsletters — and to win the support of outside groups. In the final analysis, the best solution for problems in the union is for the members to organize and change the union, including, but not limited to, running for union office. You are the ones who can solve the problem.

Disclaimer: the information presented on this website is general and intended for educational purposes. It is not a substitute for practical legal advice on any specific situation. 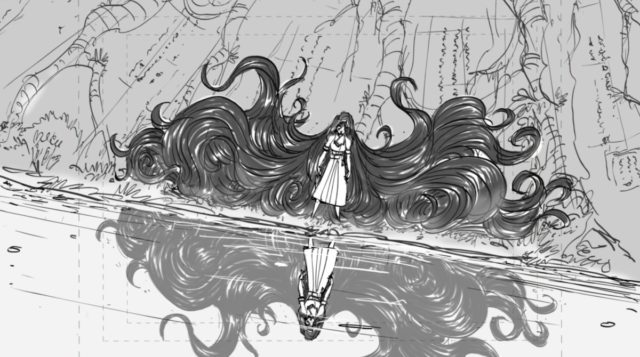 Members working under a Guild contract are enjoying health and pension benefits that are entirely funded by the employer. Click the links below to learn more about the Health and Pension plans.

The Representation Card is your way of telling us that you are interested in having the Guild represent you at your workplace. Click the link below and print out the card. Fill it out, sign it and return it to us. As soon as we receive it, you will be contacted and we will help you organize your workplace under a Guild contract.