Organizing isn’t a sales job, it just feels like it sometimes. As union activists, stewards, officers, and staff we are always talking to people about our union and encouraging them to join or get more involved. Sometimes, it is like we are trying to convince people to do what they should already want to do—fix problems on the job that directly impact them.

We’re proud of TAG and want others to be too. But, as we all know, it’s harder than it seems to recruit new members to our organization and engage those who may be members but remain largely on the sidelines of our efforts. So let’s stop trying to persuade people to join us and start asking them to help themselves. Instead of “talking at” our co-workers, let’s try organizing the way it has worked before by actively listening to the people we are recruiting about what matters to them. 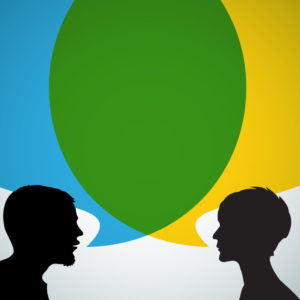 The need to organize seems self-evident to most good trade unionists. Labor has valiantly called to “organize the unorganized” for decades. How we organize successfully has proven much more difficult to master than crafting a call to action though. The unions that have grown historically in their respective industries have all relied on one particular method to organize non-members and engage an inactive base—the one-on-one organizing conversation. (See the below Organizing Conversation Outline as a guide for holding a one-on-one conversation with any co-worker or non-union animator.)

Organizing requires us to talk to people we may not already know and probably don’t fully agree with. In that engagement with a non-union worker or inactive member, the organizer learns to ask the right questions, validate their pain, and raise their expectations. By meeting the coworker on their own turf,  in-person or over video chat, at a time of their choosing,  the one-on-one ensures that we both hold our conversations in a safe place and center our co-workers’ own experiences in helping them decide if and how to engage on their own terms.

This method of communication is nothing new, it has an ancient origin. Socrates taught that it is much more effective to identify contradictions in an argument by asking a series of probing questions rather than simply giving a monologue stating one’s case. This “Socratic method” of inquiry forms the basis of investigation and discovery in modern science, law, psychiatry, medicine, and yes, even union organizing. By posing logical questions about our feelings, ideas, and values related to our experiences at work, we can reach factual conclusions that will better guide us to take responsible actions, including joining and supporting our union.  For Socrates then, it wasn’t just about understanding a person’s perspective just to prove them incorrect or shaming them for being “wrong” (calling people “scabs” hasn’t been the most effective way of union recruitment afterall), but by demonstrating to them, using their own beliefs and thoughts, that there are better alternatives to the status quo—that joining and being active in the union allows us to address the concerns we personally care most about. The organizing conversation allows us to prove, not just insist, that collective bargaining, in contrast to “individual begging”, is the most sustainable means of creating and protecting a good job.

The organizing conversation is intended to be an informal but deliberate exchange between two mutually invested participants. It’s not a scripted persuasive speech given by an expert, but rather an outline for anyone to use to identify any co-workers priorities, fears, and social connections. Through this method of questioning, the one-on-one organizing conversation demonstrates that a co-worker’s self interest is actually best fulfilled through collective cooperation rather than individual competition.

Like the ancient Greek philosopher and advocate of democracy, the organizer is not a prophet or a savior but instead we are partners to all others in a common struggle. An organizer is better understood to be a mentor, a coach, a teacher, a trainer, and in the best case, a peer.  In terms of a communication approach, there is no superior tactic than the one-on-one organizing conversation. No newsletter article, leaflet, website, tweet or post alone can ever replicate the power of an exchange between two people who are genuinely engaged in a dialogue, actively listening to one another, and collaboratively coming up with a plan to act together.

A strong union fosters maximum participation; it doesn’t really work well when members are not actively involved. Rather than TAG being seen just as officers and staff, pushing “the Union” from above, effective unions like ours function best by engaging large numbers of members directly on the job and in the community from the bottom-up. A dynamic and vibrant union works more like your favorite social activity or team sport. It requires collective and individual commitment, cooperation, and courage. There are forces trying to defeat our side, afterall, so we must constantly look for opportunities to advance our interests or risk losing ground. Organizing is about growing our collective leverage to survive these threats and to achieve organizational priorities for the membership and our communities.

The Animation Guild is committed to organizing the non-union animation industry and mobilizing TAG members like never before. The one-on-one organizing conversation should be a tool in every member organizer’s tool box to build TAG for decades to come. In face of unprecedented pressure from employers at the table and in the studio, let’s remember the immortal words of Joe Hill, the wrongfully condemned organizer and songwriter—“don’t mourn, organize”—and I would add, do it one-on-one. 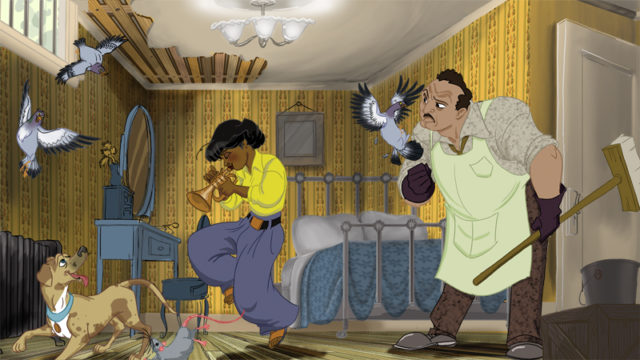