Before becoming the successful feature animation director he is today, Chris Miller spent four years at Cal Arts with the likes of Pete Docter, Andrew Stanton, Mike Mitchell and other artists he found to be “really impressive and talented.”

Chris graduated from C.A. at the start of the nineties, and found his first job with Ralph Bakshi on the animated/live-action feature Cool World. He counts the time spent working on that film as “a tremendous learning experience.” It turned out to be the first of a wide variety of film assignments that Mr. Miller had during the decade.

Chris Miller joined PDI/DreamWorks at the tail end of the 1990s. Part of the original Shrek’s story team, Mr. Miller moved up to story director on Shrek II and then director for Shrek III. Recently completing Puss in Boots, he lauds the picture’s story and production teams … and points out how every feature he’s worked on as been a group creation. 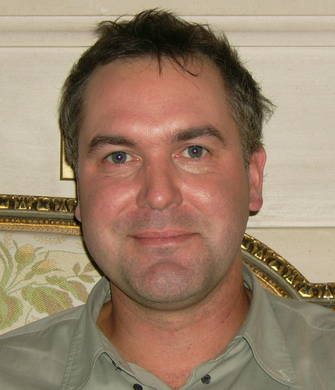