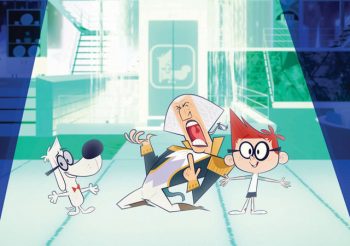 The term “new media” refers to live-action and animated product produced by studios for delivery over the internet.

This usually refers to “Subscription Video On Demand” (SVOD). The one-offs and series produced for that new age pipeline by signator studios are covered by the Animation Guild Contract under “Sideletter N” … “Productions Made For New Media.” … .

The Sideletter goes on for multiple pages (pp 99-113 to be exact) and declares that New Media Work is covered work, and that wages, health and pension benefits will be paid to employees performing it.

The less good news is that the contract’s minimum wage rates don’t need to be paid if the budgets for New Media productions don’t hit certain tiers . And guess what? Currently no productions hit the budgetary tiers (pp 106-107) that are required for minimums. And so … the studios are free to engage employees at lower weekly pay rates.

Last year, when we negotiated the guild’s new collective bargaining agreement, TAG’s negotiating committee knew that every other entertainment guild and union, the DGA, the WGA, the Editors Guild, the Camera Guild (etcetera, etcetera) had negotiated the exact same language.

We also knew that animation budgets were lower than live-action budgets, and argued that fact with management. (I jawed with the head of the AMPTP on the subject in an Alliance hallway.) The killer for us was that SAG-AFTRA’s cartoon voice over unit had negotiated the same terms and conditions we were faced with, and they had already accepted the deal. In the end, we ate the same Vaseline sandwich that they did.

What does all this mean one year later?

It means that DreamWorks Animation TV, which produces all its half-hour shows under “Sideletter N” can negotiate lower weekly wages with employees. (The company provides fulltime employees with ten sick days; new hires are prorated if later in year, but not less than three days. Overtime work is paid at time and a half and double time. DWA TV pays New Media employees IAP contributions based on classification minimum rates, even if the employ is paid below the rate. However, the division does NOT pay dismissal pay.)

DreamWorks Animation TV is currently the only major employee doing lots of New Media work, but more companies will be getting into Subscription Video On Demand) as this platform grows and matures. Because the market is relatively tight, we haven’t seen lower pay rates across the board, but there are certainly newer employees who are working under scale.

It’s important to know that the current terms and conditions of “Sideletter N” sunset on July 31, 2018, and the Animation Guild and every other entertainment union will be negotiating new terms and conditions for internet delivered work at that time. It will be the Animation Guild’s goal and aspiration to equalize “New Media” pay rates with all the other minimums in the contract.