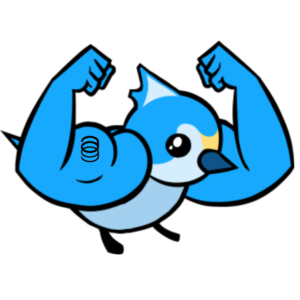 TAG leadership is excited, proud and humbled to announce some momentous news in the history of The Animation Guild. For the first time since our union was chartered almost 70 years ago, Local 839 has organized a studio outside of Los Angeles County!

Animation workers at Titmouse New York studios have overwhelmingly voted to join The Animation Guild after more than a year of tireless preparation and hard work. With the support of Business Representative Steve Kaplan  and Organizer Ben Speight, a 90% majority of workers at Titmouse New York signed representation cards. In response, Titmouse voluntarily recognized the unit, which was certified by a neutral arbitrator on Jan. 7, 2022. This means that a committee of engaged Titmouse workers will soon sit at the bargaining table to negotiate their first union contract in New York.

“This historic moment has given me a sense of agency I never thought I could be afforded in the workplace—especially as a production worker, unionization felt unattainable until I saw the unstoppable force that is this organizing effort,” says Gray Rothey, a member of the Titmouse NY organizing committee. “I feel a deep sense of gratitude and relief knowing that this means current and future generations of New York artists and production staff will have their voices heard.”

These sentiments were echoed by many of the Titmouse crew who are proud of accomplishing this organizing effort, a testament to the importance of animation workers coming together to demand an end to unsustainable workplace practices and provide a collective voice on issues that directly impact them on the job.

This organizing milestone will officially announce The Animation Guild’s intention to represent animation workers across the United States!

“This historic moment is a cause for celebration as we begin a nationwide effort to ensure all animation workers are treated with respect, and are afforded the same benefits and protections as those who are working in Southern California,” adds Business Rep Steve Kaplan.

Know someone who is interested in organizing? Tell them to contact us! We have created a page on The Animation Guild website to help inform and guide those interested in learning more about organizing their workplace. Visit https://animationguild.org/start-a-union/ and fill out the organizing intake form. They can also email organize@tag839.org.

Check out the press release here.